How the Secondary Sneaker Market is Worth Over $1 Billion Dollars 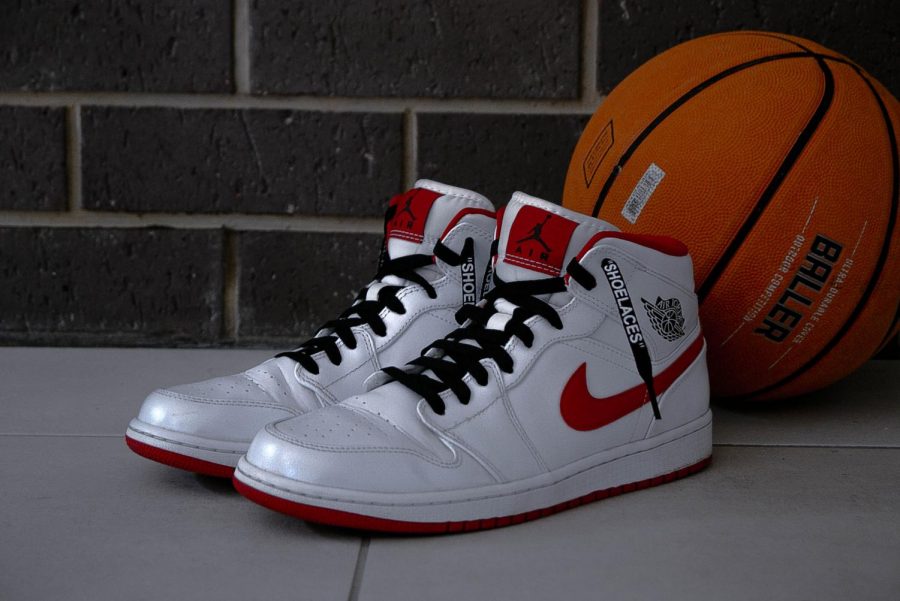 Popular sneakers, like Air Jordan 1's, are resold at inflated prices in the secondary sneaker market. This billion dollar industry is expected to grow significantly in coming years.

MURRAY, NEB.–In 1985 Nike and Michael Jordan released arguably the most popular sneaker in history, the Air Jordan One. This sneaker has changed how many people view sneakers and revolutionized many people’s lives. When Nike released the Air Jordan One, they didn’t expect the hype or demand for the sneaker. Today, however, Nike and other popular shoe brands expect their shoes to sell out in seconds.

Many factors contribute to the demand of sneakers that sell out quickly such as hype, collaborations, rarity and colorways. The term hype is slang for demand. One prime example of a sneaker with hype is a pair of Off White Nike Prestos. This extremely limited pair of sneakers are a collaboration between Nike and Off White. A pair of these bad boys can set a buyer back over $2,000.

Many people struggle to get sneakers on release day or for retail price, but that doesn’t mean you can’t get that pair of sneakers you wanted. One great way to buy a pair of sold out sneakers is through popular websites and apps such as StockX and Goat. If Adidas and Kanye released a brand new pair of Yeezys and they sold out in seconds, you could be able to obtain a pair from StockX or Goat. However, since the pair of sneakers sold out and there is a large demand for them, there is also an inflated price tag with them. Prices often double or triple the retail price of sneakers after they sell out. This, for sneakerheads, is quite annoying, but for sneaker speculators and resellers it’s another dollar they’re taking home.

One great feature about StockX is the price graphs they display. These graphs mimic the look of the stock market and can be greatly utilized. Many resellers and consumers use these graphs to help them navigate through the horrific price points of their most desired sneaker or to help them maximize profit.

If you don’t want to pay a ridiculous amount for a brand new pair of sneakers though, Goat is a great option. Goat offers you the same services as StockX does minus the graphs, but Goat allows its users to buy used shoes. This feature is great to any sneakerhead who is a money saver and a deal finder. Condition on used shoes varies as well as price points. Oftentimes you will be able to pay half of the resale price.

When It comes to securing a pair of hyped sneakers, Nike offers an app called SNKRS. The SNKRS app allows you to obtain sneakers for a retail price. Since this app is owned by Nike, you can only buy their products. Shoes don’t last very long on this app, though, because of bots. Many resellers utilize a tool called a bot, which are like automated shoppers that are extremely fast.

One other great website to use to get sneakers for retail is yeezysupply.com. This website allows you to buy Yeezys for a retail price. However, the prices of Yeezys have been going down instead of up. This is due to the supply of Yeezys. Kanye West announced in 2015 that everyone will be able to have and afford a pair of Yeezys. Kanye has been following through on his statement by producing large quantities of the same colorways of Yeezys as well as producing different colors of Yeezys.

The secondary sneaker market is growing rapidly as brands such as Nike, Adidas, Yeezy, Off White and secondary sellers such as Stockx and Goat. Many business speculators believe that by 2030 the secondary market will reach a value of over $30 billion dollars. Sneakers are not only wearable and collectible, but they are also investments.