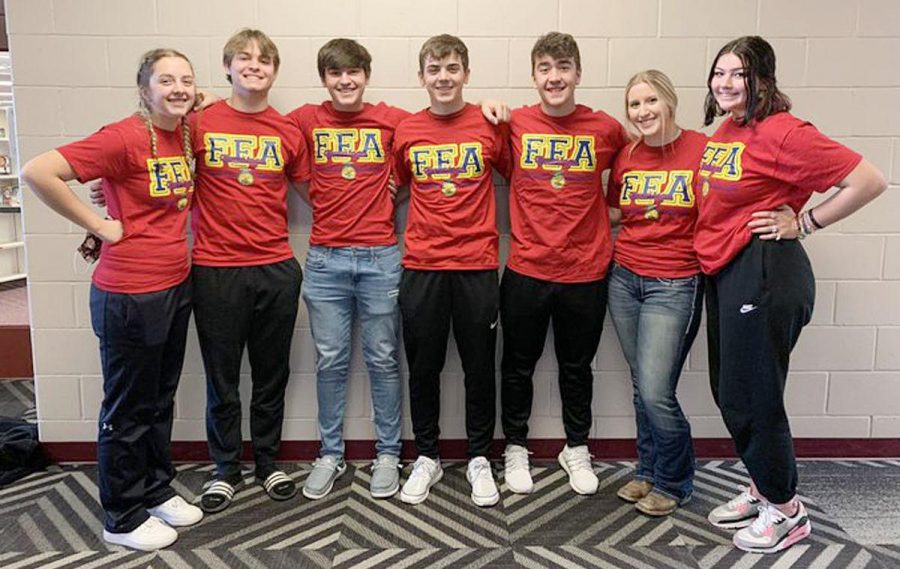 Several students had signed up to virtually take LDEs this year. With the impact Covid has made, it has made us adapt to the changes. It has taught us how to handle different situations and given us new experiences. While many looked forward to attending the LDEs in person, they understood the circumstances of the pandemic and chose to give the online event a chance.

The seven members of the Conestoga FFA who competed in virtual district leadership development events are Jennifer Sedlacek, Grant Nickels, Aaron Watson, Evan Svanda, Tobias Nolting, Jordan Slafter, and Lindee Watson. These students all competed on Monday, January 18th. They had to deal with many changes and did an outstanding job of adjusting to the changes and the difficulties they had to suffice, attending virtually.

Students competed via Zoom this year. They had to sign up for a time and were put in a breakout room for competitions. Students usually attended in person, where they would wait for the time they were given and go to the room where the competition was being held.

In normal years there would be a big lunch with other FFA members from all the other schools, and there would also be a big awards ceremony at the end. But this year was completely different for them.

“Technology was probably the biggest challenge and making sure everything was organized and everyone was easy to hear,” said Ms.Taylor. She also stated “it was most difficult for the parliamentary procedure because it includes six people instead of one”.

Lindee watson competed in extemporaneous speaking where she was only given thirty minutes to prepare a speech over agricultural technology, earning a purple ribbon in third place. Aaron Watson also received a red ribbon after reciting the FFA creed written by E.M. Tiffany in 1930.