Putting the ‘Sing’ In Spring 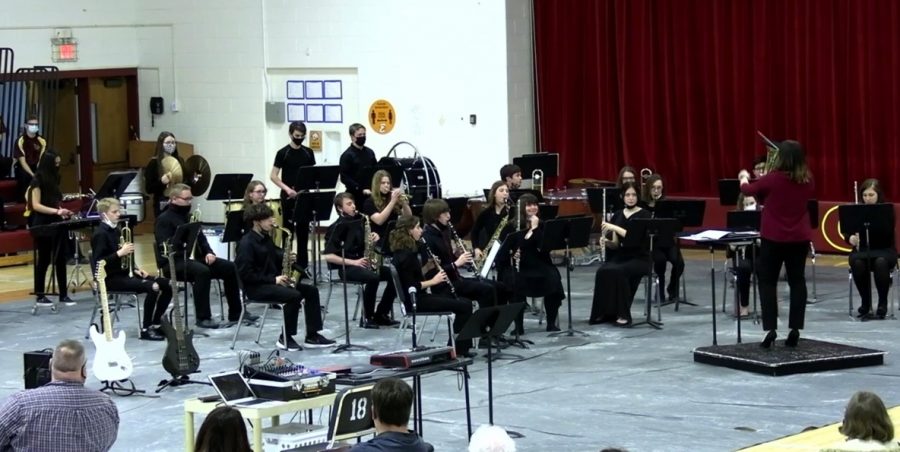 Murray, NE- On March 16, the Conestoga music department hosted a Spring concert for guitar, choir, and band-in that order. The concert began at 7:00 pm, and students were filled with excitement and anxiety in the days leading up to the event.

The high school guitar class performed first at the concert. When asked about his feelings about the concert, sophomore Ethan Williams replied with, “I feel excited just because I like performing in front of people.” To get rid of any pre-performance jitters, Williams likes to talk to friends and make sure that his guitar is in tune to get in a performance mindset by reminding himself that he is there to have fun.

The Conestoga Choir was the next to perform. “If I get too high-strung, my voice gets strained and I get nervous,” says Senior Lily Drannen. According to Drannen, the choir gets ready for a concert by preparing their voices for the big event. “Warmups are fun, we do things like stretches, but we also do things called sirens, sighs, consonants, and follows. These are just things to get ourselves ready with things like tone and rhythm.” When performing, the group feels nervous, but also excited to ‘show what they know’ and surprise the audience with beautiful music.

The final group to perform was the band. “The band prepares for the concert by doing warm ups to warm the instruments up and get ready to play the best they have ever played that song,” says an anonymous band performer. “I feel a little nervous but once the concert gets started I am ready to perform.” The band sets itself up with mental and physical preparation by playing through whatever they need, and warming up with friends.

As the Conestoga Music Department continues to impress, the students continue to perpetuate a culture of success by working hard and trying their best. The students have also been preparing for a music contest, and are very proud of what they have accomplished.