A Rundown on Cougar Track & Field

Track Team Strives for Improvements at Halfway Mark of Season 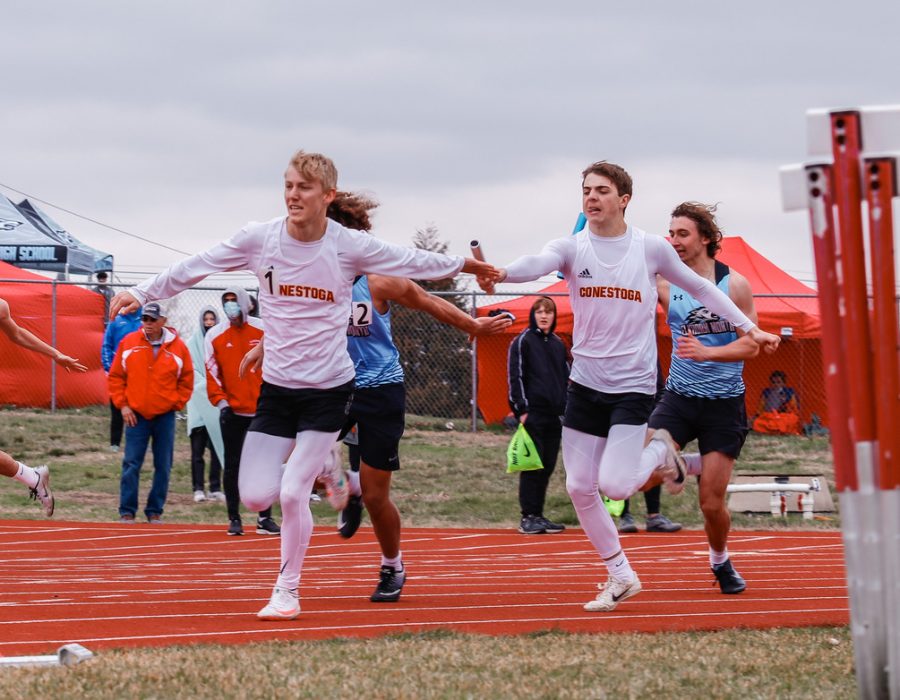 Murray, NEB.–As Conestoga track and field rounds the corner on their homestretch of the 2021 season, the squad will look to improve their marks, and do so with intent. The team, coached by: Chad Schmeckpeper, Trenton Clausen, Sean Trampe, Becky Michel, and volunteer Theresa McClatchey, has only four regular season meets before district and state competitions.

So far this season, the Cougars have competed in meets at Doane, Fairbury, Auburn, Nebraska City, and Yutan. In those five meets, 15 separate Conestoga athletes have placed, and those fifteen have accounted for 61 combined podium positions.

Parriott isn’t the only Cougar athlete that has come out on top this season, though. Parriott is accompanied by 110m hurdler Tyler Fox and the boys’ 4×100 relay. Fox earned his first place finish at Yutan with a time of 17.21 seconds, and the boys 4×100, including Keaghon Chini, Tyler Fox, Evan Svanda, and Carter Plowman routed the competition in their group effort at Auburn.

The team as a whole had a great amount of success at the Auburn invite. There were a total of 12 PRs (personal records) set at the meet. Both the boys and girls squads received a 4th overall place at the invite.

Other athletes such as Haven Zimmerman, Ethan Williams, and Dani Ahrens have also had great success in their events, showing up on the podium at multiple meets in their 2021 outing.

The Cougar JV team has had a pivotal year compared to years in the past. The team was set up with more JV meets from previous years, something that the coaches believe is very important to the development of their athletes. Some JV athletes have had the ability to showcase their talents on the varsity stage as well.

As of April 21, Conestoga track and field has only four competitions left before they hit the track at the district competition on May 13.